I Cant Believe I Haven't Posted in So Long!

Hello Everyone!
I know I've been meaning to update everyone for a long time, but is it really March?
I know I ended up putting down "Life's Little Tangles" and then stitching a couple of things from the Ornament issue of Just Cross Stitch. I also stitched at least one other Christmas related item. I gave all of them as gifts.
My niece married a nice young military man. They now live close enough that we can go to their house or they can come here for various holidays, etc. They came here a few days before Christmas. I gave her the pillow I made. I stitched the silluette of Mary sitting on the donkey and Joseph holding the reigns of the donkey. We opened gifts with them early. They spent the night as Sarah's and went home the next day. They spent Christmas Day at his sister's place on the east coast. 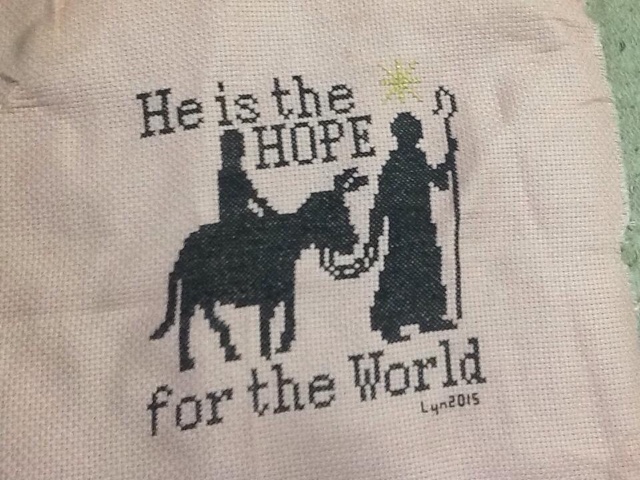 I also made an ornament for my client in Savoy. I also stitched an ornament for the client I help here in Danville. It was fun to make! Jack helped me put the loops on to hang on the tree. They were a great deal of fun to stitch. 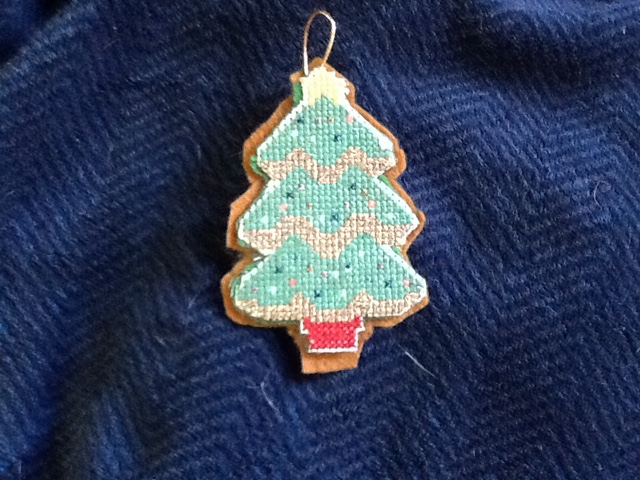 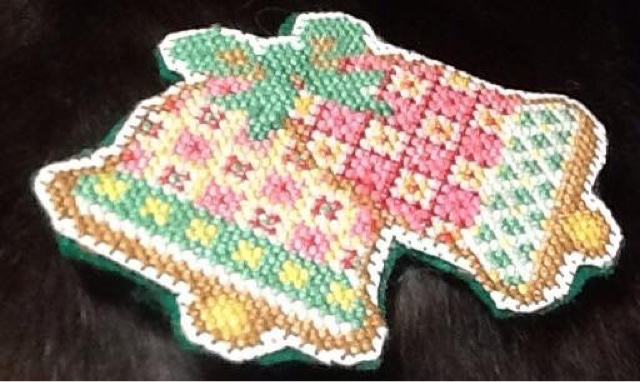 I started an ornament for Sarah from a different book, but never finished it and ended up lost. I'll start a different ornament closer to next Christmas 😉! I also wanted to stitch a total of four small projects and insert them in coasters. I wanted to give this to my son and his family in Modesto for Chrisrmas. That didn't happen either😪. So much a stitcher wants to stitch, so little time!
After Christmas, I started on "Life's Little Tangles" again. I finished page two, went to move the material, I was stitching over two, and realized I had started stitching in the wrong corner.😢 Because of the cost of material, not to mention I'd be starting this project a third time, I decided to frog the project and reuse this material. I was doing just fine with that, thank you, when it got a hole in it. That's when I decided to stitch this over one, this time. 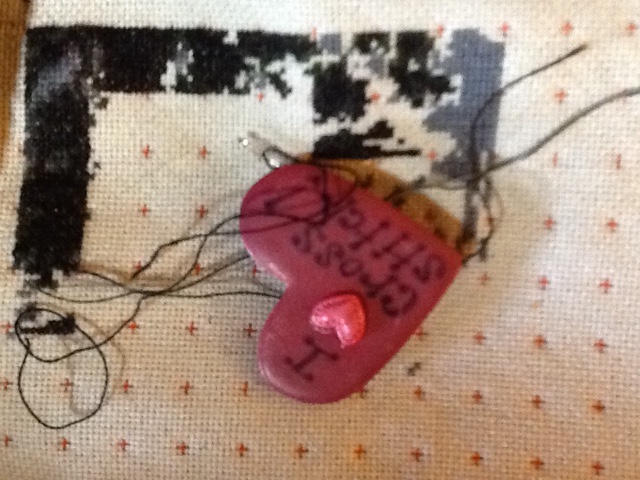 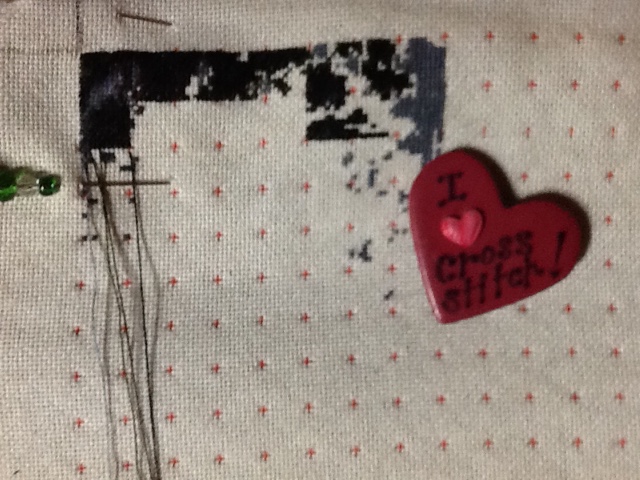 I'm doing well with it. I have the width of page one completed and am working my way down. I had heard about "parking your threads". I was told this would be especially helpful with large projects. I was told of a video that was helpful in learning how to "park". I watched it and immediately understood and caught on. I decided I'd start that with this project. The last time I stitched, about a week ago, was the day I learned how to park and I stitched 300+ that afternoon. That's excellent for me! A couple of days ago I paid $4.99 for an app on my IPad called GoodReader. The woman in the video was talking about how helpful this app is. She is right! I think I'm going to be able to stitch "Life's Little Tangles" much quicker!
The bottom picture of "Life's Little Tangles" is after just over 100 completed. The top picture is after 200 more stitches.😄
Happy stitching everyone! Love you all and thanks for stopping by!
Posted by Lyn at 6:20 AM