Her Body is DONE! 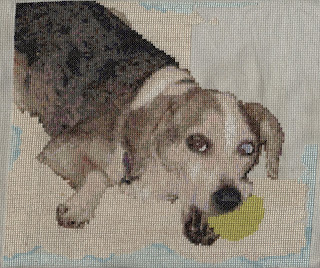 Thanksgiving day went very well for us. Jack made the turkey and cornbread stuffing as well as oyster stuffing. He also made his macaroni salad and one sugar free banana cream pie and a chocolate chocolate chip pie. We went over to our friend's home and Tina made Ham, green bean cassorole, mashed potatoes, and cream cheese pie. Another friend came over and brought the bread and another couple desserts. We ate until we stuffed ourselves and tyhen some ate even more. I ate more on Thanksgiving Day than I had all week because of my stomach issue. I was gladly surprised that my stomach didn't argue about eating!

I ended up going back to the doctor about the thing under my arm on Tuesday before Thanksgiving. She said that it was soft enough that she could drain it. The doctor did put me back on the anti-biotic. When I left the office, the luimp was about the size of a dime, much smaller than it had been. It has since increased in size. It almost feels as big around as it was before she drained the lump. I believe it is now being considered a cyst. It is not painful today, although there are some days that it is painful to the touch. I will call the doctor at the beginning of the week and let her know that the cyst is getting bigger. What worries me so much about this is that Jack is not the healthiest right now and we are looking into eye surgery for Rachel in the near future. (She has evidently been seeing double her entire life. We found out earlier this year!) I need to stay healthy to take care of everyone!!!

Well, I hope everyone had a great holiday and I pray that the rest of the season goes great for you!
Posted by Lyn at 7:09 AM